Missing Suffolk man has links to Chadwell and Tilbury

POLICE are renewing appeals for help to trace a missing 26-year-old man from Cockfield near Bury St Edmunds.

Chas Thacker was last seen in the Cockfield area at around noon on Tuesday 16 October.

He was reported missing to police on Thursday 18 October and since then officers have undertaken a number of enquires to locate him.

YT understands that he has links to Chadwell St Mary and Tilbury. 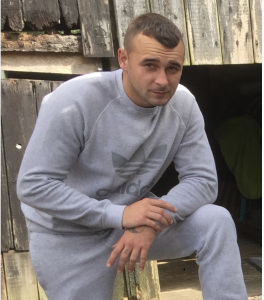 Chas is described as white, 6ft tall, of medium build with short dark brown hair. He was last seen wearing blue jogging bottoms, a blue sweatshirt and brown boots. He also has a teardrop tattoo under his right eye and a swallow tattoo on one of his hands.

Chas has access to a black and white off-road quad bike and police are appealing for anybody who may have seen the vehicle in the area since Tuesday to get in contact. He may have had with him or been wearing a black helmet with silver lining.

Local home owners and farmers are being asked to check outbuildings for either Chas or the quad bike, especially in the areas around Cockfield, Lavenham, Thorpe Morieux and Felsham.

Police are increasingly concerned for Chas’s welfare but ask that the public do not approach him.

Anyone who has seen Chas, or who has any information regarding his whereabouts, is asked to contact Suffolk police on 101.