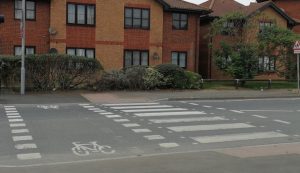 A MAN has died following a collision in South Ockendon on New Year’s Eve.

“We were called to reports that a car had failed to stop following a collision with a cyclist on Arisdale Avenue just before 7.50pm on Monday, December 31, 2018.

“Despite the best efforts of paramedics, the cyclist, aged in his 40s, was sadly pronounced dead at the scene.

A road closure was in place for several hours but was lifted in the early hours of New Year’s Day.

“A car we believe to be involved in the incident has been recovered at an address in South Ockendon and a 31-year-old man from the town has been arrested on suspicion of causing death by dangerous driving.

He remains in custody for questioning and a second man, also from South Ockendon, is assisting us with our enquiries.

“Our officers would encourage anyone who may have seen the incident, or has CCTV or dash cam footage available to view, and has not yet spoken to them to call the Serious Collision Investigation Unit on 101 quoting incident 971 of 31/12.

We are also asking drivers or pedestrians who saw a light-coloured Peugeot 206 in the area at the time, which we believe had significant damage to the bonnet and windscreen, to get in touch.

Alternatively, you can call Crimestoppers anonymously on 0800 555 111.