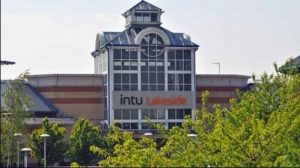 THE popular shopping centre in Thurrock has delivered positive change to the community throughout 2018 by strengthening its partnerships with local schools and charities.

intu Lakeside’s successes include helping to build a sensory room at Treetops School to provide a therapeutic environment and a calming space for students, and sponsoring the First Give programme which gave year nine students at Gable Hall School the chance to improve their community.

Continuing the breakthrough work from previous years, the retail and leisure destination has worked in partnership with the National Autistic Society to take part in a quiet hour. Due to its success, it has made this a regular occurrence; on the first Monday of every month, a quiet hour is held at intu Lakeside to ensure it remains accessible for those with autism, dementia, or anyone who prefers a quieter shopping experience.

Howard Oldstein, regional centre director at intu Lakeside, said: “Our partnerships with local organisations has gone from strength to strength as we work together on initiatives that bring prosperity and encourage inclusivity. At intu, we’re guided by our culture and values and supporting our local communities are a huge part of this; together we’re continuing to deliver positive change.”

November 2018 saw a time capsule planted at intu Lakeside to capture the memories of employees working at the popular retail and leisure destination. Students from Harris Primary Academy Chafford Hundred also planted a time capsule with letters describing a memorable time they’ve had at the centre.

intu Lakeside has also raised over £25,000 for the Royal British Legion and over £3,500 for local schools and charities during the festive season.

intu has invested significantly in the flagship destination over the last decade and has created a long-lasting and positive change by delivering skills and employment, with the centre supporting 7,861 jobs* and contributing over £200 million to the local economy.

In Spring 2019, the £72 million leisure development at intu Lakeside will open its doors with a Nickelodeon theme park and a host of other leisure names including Hollywood Bowl, Flip Out and Puttshack.

During 2018, intu Lakeside was also named a top 10 shopping centre by data analytics company GlobalData according to research it carried out taking into account the requirements of both tenants and shoppers. The shopping destination ranked fifth place from a list of 50 centres, one of eight intu shopping centres in the top 20.