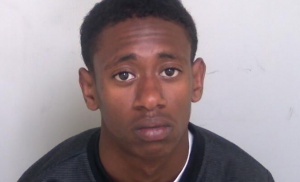 A TEENAGE drug dealer has been made subject of a criminal behaviour order banning him from parts of Thurrock.

Rasharm Rampton, 18, was arrested on September 5 and pleaded guilty to four charges of being concerned in the supply of cocaine, crack cocaine, heroin and cannabis, when he appeared at Basildon Youth Court on Tuesday, January 8.

He was sentenced to a six month detention and training order and must pay a £30 victim surcharge.

Rampton, of Spencer Walk, Tilbury, was also made subject of a three year criminal behaviour order, which bans him from entering Grays High Street, Clarence Road, Cart Lane, Crown Road, Grays Park, intu Lakeside, Grays Beach and Thames Road, unless he is with a parent.

He must also not associate in any public place with named members of the C17 gang, nor have any drugs paraphernalia in a public place.

Rampton is also banned from owning, using, or having a mobile phone or SIM card without telling police, and must not have more than £100 in cash at any one time without good reason and proof of where it came from.

District commander Chief Inspector Claire Talbot said: “We do not tolerate drug dealing in Thurrock and continue to target those involved, using all the powers available to us.
“Gangs and those involved with them have no place in our community and we’ll continue to work with our partners and residents to get them off our streets.”