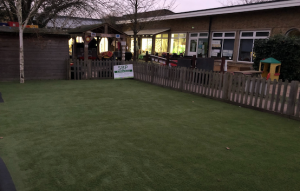 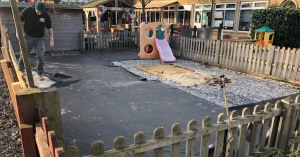 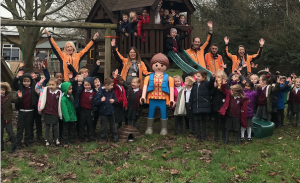 INTU Lakeside has rebuilt the children’s play area at Woodside Primary Academy after the school’s grounds were broken into and vandalized last month. Employees at intu Lakeside worked together with the primary school to create an enjoyable environment for children at the start of their new term.

The popular shopping centre in Essex purchased new fences, a climbing frame and artificial grass, and enhanced the children’s play area by donating hedgehog igloos, birdfeeders and bug catchers from the Royal Society for the Protection of Birds.

Howard Oldstein, regional centre director at intu Lakeside, said: “After hearing the school’s plea for help in December, we immediately saw an opportunity for us to help and take this on as a community project. At intu, it’s important for us to keep our local communities thriving, to create strong community partnerships and to care for the environment; together with Woodside Academy we have created a place for children to enjoy and flourish in.”

Ms. Ryder, vice principal at Woodside Primary Academy, said: “We were devastated to see what had happened to our early years outdoor environment. The children, staff and parents have worked so hard over the years to make this an exciting and stimulating learning space. We can’t thank intu Lakeside enough for their support in returning this area to a safe and exciting space for the children. Nothing was too much trouble for them.”

This year, intu Lakeside will open its doors to its £72 million retail and leisure development which will provide hundreds of new local jobs in the leisure and hospitality sector. The development will include a Nickelodeon family entertainment centre and a host of other leisure names including Hollywood Bowl, Flip Out and Puttshack.