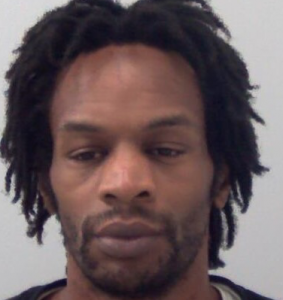 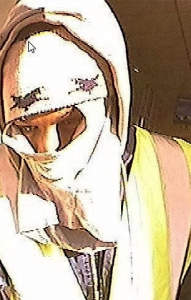 A man who carried out an armed robbery at a betting shop in Grays wearing distinctive and unusual clothing has been jailed on his 34th birthday.

Conroy Baker, of North Road, Westcliff, appeared at Basildon Crown Court today, Thursday, February 7, where he admitted armed robbery and was jailed for four and a half years.

At around 3.35pm on Sunday, October 21, 2018, Baker entered Ladbrokes in Hathaway Road armed with what was believed to be a firearm.

He wore a high-visibility jacket, bright red trousers and had a pair of pants over his face.
Baker left the scene with a three-figure sum of cash in a vehicle.

We looked at CCTV and noticed Baker in the same betting shop the day before acting suspiciously. He appeared to be paying a lot of attention to the betting shop’s operations.

After identifying the suspect as Baker, we linked the get-away vehicle as his car.

Investigating officer PC Beth Finch, of Grays CID, said: “Baker entered the betting shop wearing unusual attire. He also drove a vehicle registered to him to and from the incident.

“It didn’t take us long to locate and arrest him for this incident, which left workers shaken but unhurt. I would like to thank them for their support during our investigation.

“Today Baker admitted carrying out the armed robbery after he realised the overwhelming evidence against him. He will now mark his birthday in prison cell.”