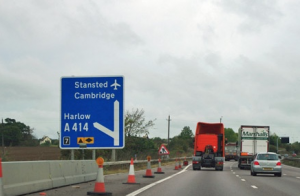 A CORRINGHAM man has been found guilty of drug-driving in Harlow.

On 15/07/2018 at Harlow drove a motor vehicle, on a road, namely Hastingwood Roundabout, when the proportion of a controlled drug, namely Delta-9-tetrahydrocannabinol, in your blood, namely 2.8mg per litre of blood, exceeded the specified limit

Horst was disqualified for twelve months and fined £120.00