A MAN who kicked to death a woman as she walked to work in Thurrock has been jailed for at least 18 years.

47 year-old Julie Hunt, from Rainham, got off her bus in Arterial Way shortly before 8.30am on Friday, April 20. 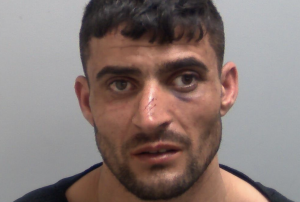 As she walked along the road to go to work at the Lakeside shopping centre she was approached and assaulted by 31 year-old Florin Ion.

Ion had himself had only been in the area for 15 minutes having got off a bus which was taking him from Birmingham back to his native Romania.

Ion had left the bus at the nearby Moto service area and, after briefly going into the garage there, he started walking towards Arterial Way. 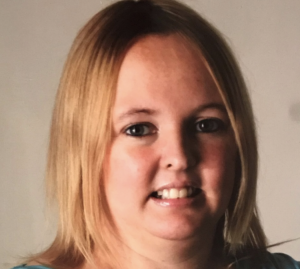 Crossing the road by the roundabout, he then approached Ms Hunt who was heading in the direction of the Lakeside shopping centre.

He assaulted her, knocking to the floor where he then repeatedly kicked her in the head.

Several drivers who saw the attack taking place got out of their vehicles and went over to Ion to try to stop the assault.

Ion then ran off and was seen hiding in bushes near the Arena Essex area before trying to get into a parked car. He was stopped and detained by members of the public until officers arrived who arrested him.

Meanwhile, paramedics had arrived and were treating Ms Hunt but, sadly, she died at the scene.

Ion, of Ipswich Crescent, Birmingham, was arrested on suspicion of murder.

His trial heard that his trainers, seen on CCTV from the service station as clean and grey, were stained red with blood following the attack.

He was charged and at a hearing at Chelmsford Crown Court on Monday, February 25 pleaded guilty to murder.

At the same court today (Thursday, March 7) he was jailed for life with a minimum of 18 years.

In a statement, Ms Hunt’s family said: “Julie was a much loved family member and friend to many.

“She was shy and didn’t like to be the centre of attention but had a wonderful sense of humour and wit.

“She worked hard for her family, wanting only happiness and security for them.

“She was a very happy person, content to simply surrounding herself with the people that she loved and cared for. She was a fantastic mum who loved her children unconditionally.

“Julie was engaged to be married and was looking forward to planning her future with excitement.

“As a family we would like to thank the people that tried to help Julie on that fatal day. We will be forever grateful.

“We are still trying to come to terms with our loss and ask for privacy at this very difficult time.”

Speaking after the verdict, senior investigating officer Chief Superintendent Tracey Harman said: “This was a brutal and unprovoked attack on an innocent woman who was just on her way to work.

“Florin Ion viciously assaulted Julie Hunt as she made a journey she took every day.

“He only stopped the assault when members of the public intervened. His actions have left Julie’s family devastated.

“I want to praise the courage and dignity Julie’s family have shown throughout the investigation. I hope this sentence will provide some solace and they feel that justice has been served.

“I want to thank the members of the public who intervened in the initial assault and those who detained Ion until our officers arrived.”