FIVE men have been sentenced for their part in a serious collision at an illegal motorbike street race in Corringham which left a woman with life-changing injuries.

Dozens of members of the One Life Bike Life group met at the Manorway in Corringham on the evening of June 14, 2017.

At around 9pm one of the group, Billy Boom, was riding a black Yamaha TMax performing a wheelie, when he struck another motorbike, a green Kawasaki KX 125, which was crossing the carriageway. 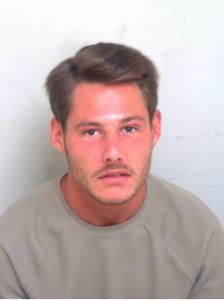 In the moments after the collision members of the group began to clear up the scene.

Boom was put on the back of a quad bike which then sped off from the scene while four other men – Daniel Trott, Nicholas Morris, Michael Holmes and Sonny Waites – put the motorbike in the back of a white Ford Transit van.

The rider of the Kawasaki, a woman in her 20s, suffered serious injuries. She had to have her left leg amputated above the knee, had a compound fracture of her left hand and wrist, a collapsed lung, broken bones in her lower back, and a bleed on the brain.

In a victim personal statement read to the court she documented how her injuries have changed her life forever.

Boom flew out of the country to Spain four days later. He returned to the country on July 14 and was arrested the following day.

He had been identified as the rider of the Yamaha through forensic evidence left at the scene and video footage of the event.

Following media appeals for information, Holmes, Morris, Waites, and Trott were identified as being involved in the clear up.

Boom’s motorbike has never been recovered but we have traced and recovered the van, which had been subsequently sold to an innocent person.

Boom, 24, of New Zealand Way, Rainham, pleaded guilty to causing serious injury by dangerous driving, failing to stop at the scene of a collision, failing to report a collision, driving with no insurance, and driving otherwise than in accordance with a licence at a hearing in August 2018.

They initially denied the charge but on the first day of their trial on February 11, they pleaded guilty.

Today (Friday, March 15) at Basildon Crown Court Boom was jailed for three years, which will begin on release from prison, and he will have to take and pass an extended driving test.

Morris Holmes Trott and Waites were all sentenced to eight months each suspended for 18 months and ordered to complete 120 hours unpaid community service work.

Senior investigating officer Sergeant Peter Swan, from the Serious Collision Investigation Unit, said: “Billy Boom’s actions has left a young woman with injuries which will affect her for the rest of her life.

“His riding was reckless and the fact he then fled the scene was cowardly.

“Morris, Holmes, Trott, and Waites’ actions were calculated and showed they cared more about covering up the incident than the welfare of the victim which is completely reprehensible.

“All five have at least admitted their guilt meaning the victim has not had to re-live her ordeal through a trial.

“This incident highlights the dangers of illegal cruising and street racing events. They are dangerous and can have devastating consequences.

“It is not worth the risk of attending or participating in these kinds of events and just because you’re watching rather than taking part, it doesn’t mean you’re not in harms way.

“I want to praise the victim’s bravery throughout this process and hope these convictions will provide her with some solace.”