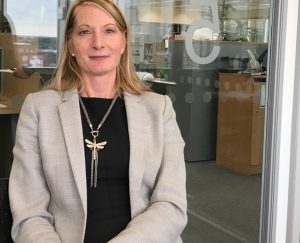 THE chief executive of Thurrock Council is earning more money than the Prime Minister, new figures have revealed.

Details of how much council bosses earned throughout 2017/18 have been revealed in a comprehensive report that shows Thurrock’s chief executive, Lyn Carpenter received a salary of £171,501 – almost £22,000 more than the Prime Minister.

The Corporate Director of Adults, Housing and Health also earnt £126,501 and the Director of Public Health received £109,113.

A council spokesperson said the salaries of senior officers earning above £50,000 are published on the website and updated every year. None of the council’s senior officers receive any bonuses.

He added: “Senior Officer salaries’ in Thurrock are in line with those paid by comparable unitary authorities and London boroughs, as detailed in the Pay Policy, and independently assessed.”

The salaries have been revealed in a report from the Taxpayers’ Alliance, titled Town Hall Rich List. It shows that 2,500 council employees across the country were paid more than £100,000

John O’Connell, chief executive of the TaxPayers’ Alliance, said: “The average council tax bill has gone up by more than £900 over the last twenty years and spending has gone through the roof. Disappointingly, many local authorities are now responding to financial reality through further tax rises and reducing services rather than scaling back top pay.

“Despite many in the public sector facing a much-needed pay freeze to help bring the public finances under control, many town hall bosses are continuing to pocket huge remuneration packages, with staggering pay-outs for those leaving their jobs.

“There are talented people in the public sector who are trying to deliver more for less, but the sheer scale of these packages raise serious questions about efficiency and priorities.”

With local elections coming up, many may compare the pledges made back in 2015 by the leader of Thurrock Council, cllr Rob Gledhill regarding top bosses pay at the civic offices.

Reflecting on the fact that 78 members of the council staff earned more than £50,000 a year. Cllr Rob Gledhill, said: “These staff account for nearly 10 per cent of Thurrock’s whopping annual £58 million staff bill.”

Cllr Gledhill pledged that if his party took over – they would attack the budget – a promise that has failed spectacularly with 109 members of staff earning more than £50,000 by the start of his second year in office.