Ward by Ward: Corringham and Fobbing 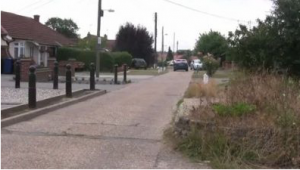 AS we have said quite a few times, there is a feeling that quite a few voters may not bother to vote this year because they are fed up with Brexit and in particular, Theresa May’s handing of the negotiations. There is no evidence behind anecdotal. From a purely academic point of view, it will be interesting to see if over 700 residents of Corringham and Fobbing get out and vote Conservative.

Looking back at the last time this seat was up, over 500 people voted for UKIP. There is no candidate. People may use their vote to protest and vote for Gbenga Olajugbagbe, who is, trivia fans, the father of Ruti, who won The Voice in 2018.

Deborah Huelin is defending her seat and the local shopkeeper may well have enough personal support to see her home. Cllr Huelin is very much a loyal Tory, often seen out and about and does what she can as a cabinet member.

Whatever way people vote, there are a lot of Brexiteers out in Corringham and Fobbing who may be very upset. By next Friday we may find out that turnouts were as expected. Judging by social media nearly every Thurrock Conservative seems to be keeping their heads down but perhaps that might be a well-judged tactic.