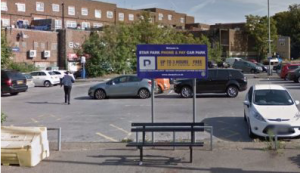 NOW we are down to the tricky ones. Having said that, this should be relatively plain sailing for incumbent, Cllr Shane Hebb.

Again, the only factors against him could be antipathy towards how the Conservatives have dealt with Brexit rather than any local issues.

Cllr Hebb has certainly been a presence in the civic life of Stanford-le-Hope as well as being the deputy leader of Thurrock Council.

Usually, he is all over social media but he may, like many other Conservatives decided to campaign off line. Then again, Twitter has been very busy all day (Saturday) with Torycanvass from all over the country. Hmmm…

In previous years, there has been a local candidate (s) from other parties who have given it a right good go but this year everyone seems low key.