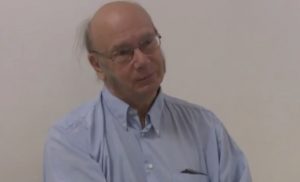 AFTER the AGM at our April meeting our webmaster John Matthews gave us a detailed and enlightening illustrated talk on DNA.  It is the basis of inheritance, all living things having DNA, a double helix. Surprisingly, humans share 98% of their DNA with chimpanzees, 70% with slugs and 50% with bananas! DNA is in chromosomes, the Y factor being passed from father to son, but not mitochondrial DNA (mtDNA) which is passed from mother to daughter; some mutations also occur.

DNA is used in various ways including forensic teams matching scenes of crime with the perpetrator and medicine, using it for paternity testing, serious diseases and research. There is a forensic database of maybe 30 million around the world.

Various commercial websites offer DNA testing, a massive revenue stream. These website tests shows different results for origins of ancestors and, like horoscopes, are just a bit of fun. However, they match results with far-flung relatives who have also submitted their DNA.

Modern humans originated in Africa where several groups moved around the world and can be tracked by mutations in mtDNA and Y-DNA. There were many close relatives of humans including Neanderthals and homo luzonensis, who interbred. The invasion of Britain took place about 4000 years ago when Neanderthals disappeared, replaced by the Beaker People who brought about a dramatic change in culture. It has also been proved that the Anglo-Saxons did not slaughter the Romano-British population, they just moved further away.

John illustrated various cases involving DNA, including identifying the remains found of the Russian royal family and a woman who wrongly claimed to be a descendant of Anastasia. The remains of ‘Ava’ found in Scotland in 1987 have now been re-examined with completely different results. More recently the remains of Richard III were identified in Leeds.  This talk gave us food for thought, wondering where our own origins lay.

The final lecture of our season is at the Adult Education Centre in Richmond Road, Grays, at 8pm on Friday 17 May, when Scott Sullivan will be talking about Tilbury on Thames Trust and the Tilbury Riverside booking hall, a change from our advertised programme. Visitors are always welcome.