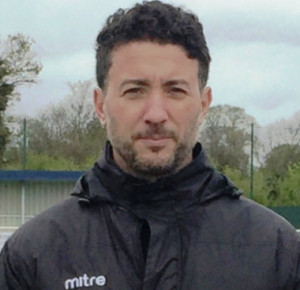 AVELEY FC are delighted to announce that Danny Dafter has been appointed First Team Manager.

Danny Dafter has agreed to take on the managers position following on from his six games in charge, which included five straight wins and got the Millers to their highest finish in over seven years by finishing second with 80 points.

Craig Johnson, Chief Executive said: “We are delighted to announce the club’s decision to appoint Danny Dafter as our manager.

“Danny came back to the club after the resignation of James Webster at the end of March and led the team into the playoffs with five straight wins and deservedly picked up the Manager of The Month Award.

“All at Parkside wish Danny a long and successful period leading our club.”

Danny used to play for the Millers a couple of seasons ago and previously before that he was player / joint manager with Adam Flanagan at Brentwood Town, helping guide them to the Bostik Premier League via the Play-offs after a hat-trick from Alex Akrofi in the Play-Off Final.

Danny Dafter, First Team Manager said: “Gary (Haywood) and I have really enjoyed the last month of being in charge and it was an easy decision to take the job once it had been offered to us as Aveley are a very good club.

“It was a shame to miss out in the Play-Offs but all the players have given everything for the club and have been brilliant since I came in.”

On the playing squad: “I’m aiming to keep the squad together so we can build on what has happened this year and maybe go one better next season.”

Dafter on the fans: “Since I’ve came into the club the fans have been great and I hope they get right behind us again this coming season as we will be giving everything to have a successful season.”