THE new leader of the Labour Group in Thurrock has pledged to continue fighting the closure of Orsett Hospital and plans that could see the council spending almost £10million on an extension to the Civic Centre. 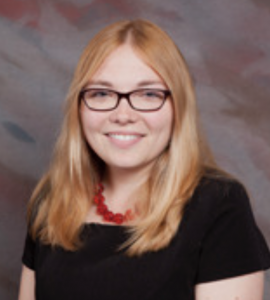 Councillor Jane Pothecary has been elected as leader of Labour after Councillor John Kent chose to step down to pursue a role as a parliamentary candidate.

She is taking on the role just one week after being re-elected as councillor for the Grays Riverside ward in the local elections.

“I’m honoured to have been elected Leader of the Labour Group on Thurrock Council,” she said.

“After the May local elections, we remain the second largest party and the official opposition. It’s always disappointing not to win more seats, but we held our own against the national picture showing how valued our Labour councillors are by the communities they serve.

“Now we need to focus on holding the Conservative council to account. We will be fighting on the things that really matter to people in Thurrock, like tackling flytipping and air pollution, protecting our healthcare, getting police back on the beat, fighting for more council housing, and restoring some pride to our high streets and shopping centres.

“We will continue to fight against savage Tory cuts, the closure of Orsett Hospital, and the obscene waste of spending £10 million on new offices for councillors to sit in.”

She added that the party was willing to “work constructively” with any members of the council where it helps to deliver change. With the party holding 17 seats and the Thurrock Independents holding 9, it could be possible for them to form a coalition to challenge the Conservative administration, which holds 23 seats.

However, the Thurrock Independents have made it clear that they would not be willing to working in an alliance with any other political parties and have instead called for the introduction of a committee system.

This would see each party represented on decision-making committees, with the number of members from each party being based on the proportion of seats they hold on the council.

However, Labour’s outgoing leader, Mr Kent has hit back at the suggestion and called for it to be resisted.

He said: “I am one of the very few councillors in Thurrock who has served under both the committee and cabinet systems.

“The committee system builds in delays, leads to a lack of transparency and removes accountability from councillors.

“The cabinet system has its flaws but, ultimately, residents are clear who is responsible for the decisions that affect their lives.

“I would strongly resist any move to take us back to the committee system.”

Councillor Bukky Okunade has been elected as the deputy leader of the Labour Group.