A MAN with the same name as a wanted paedophile was wrongly arrested “in one of the worst cases” of mistaken identity, his lawyers say.

Zimbabwe-born Godfrey Tshuma, 61, was accused of raping a six-year-old girl in South Africa. 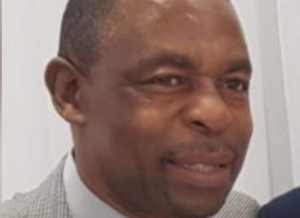 He was held in prison overnight and told he faced extradition from the UK until a judge threw out the case.

The Met Police said it had received a complaint and “the actions taken are being reviewed”.

Mr Tshuma, who lives in South Ockendon, said being arrested was “the worst moment of his life”.

He was arrested by Metropolitan Police officers – on behalf of South African authorities – at an address in Romford on the morning of 5 February as he prepared to take his wife to work.

Mr Tshuma was detained at HMP Wandsworth before being released from prison on 6 February and discharged by magistrates on 12 February, who ordered his costs to be paid.

Westminster Magistrates’ Court heard he had only been to South Africa once for a few hours in transit and could not have committed the rape.

As well as his fingerprints not matching the suspect, he also had a different date of birth.

The father of four said he feared he would not see his wife or children again if extradited.

“I have been through a living nightmare and I am so relieved I have been cleared.” he said.

“Despite this, I feel like it has ruined my life. People think there is no smoke without fire.”

Sean Caulfield, who represented Mr Tshuma said: “This is one of the worst cases of mistaken identity I have ever seen”.

Mr Caulfield from lawyers Hodge Jones & Allen said it was still fighting for an international arrest warrant against their client to be rescinded.