Ending The Scourge Of ‘In-Work Poverty’

IT has been 11 years since the Global Financial Crisis rocked our country. Today, the ugly spectre of poverty haunts our country, and, as the recently released statistics indicate, it is getting worse. As recently reported from the Resolution Foundation, by 2022, 37% of children will be living in poverty. This is greater than the previous record high of 34% which was set in the early 1990s. How can it be that we are regressing as a country? How can it be that the poor are getting poorer? How can it be that our children are bearing the brunt of rising poverty? 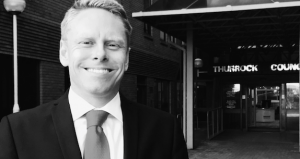 There are, in my opinion, three main drivers for the upsurge of poverty. These are: the rise of the unregulated and exploitative gig economy; the continued suppression of trade unions, leading to poor pay; expensive and insecure renting in the private sector.

The great injustice of our time is known as ‘in-work poverty’ – the perfect term to define an oxymoron. Work should pay – no ifs or buts. Work should be the route out of poverty – not something that sustains poverty. It is a great injustice that, in the twenty-first century, we can speak of the ‘working poor’ in the same way that the term was banded around during Dickensian times. With the rise of the gig economy, we are seeing, in parallel, the phenomenon of ‘bogus self-employment’, and that old device which massages the unemployment figures – ‘under-employment.’

The ‘gigification’ of the economy has joined with the problem of weak wage growth (wages are still below the level of the Global Financial Crisis and will not rise materially over the next two years) to present a situation where wages are low, and work is insecure. To have low wages or insecure work on their own is bad enough. Having both together means that people are working in order to sustain themselves in working-poverty. Cuts to in-work benefits, a deliberate government choice, have simply compounded the problem. Indeed, the United Nations has reported on the effects of ‘ideological’ cuts to public services since 2010. The report by Professor Philip Alston, published last week, stated that the UK’s social safety net has been ‘deliberately removed and replaced with a harsh and uncaring ethos.’

It is proven that workers who are unionised enjoy better terms than their non-unionised counterparts. If gig workers were unionised, this would materially benefit them both in the short term and the long run. Recently, the GMB, one of the largest unions in the UK and an affiliate of the Labour Party, signed a deal with Hermes setting out guaranteed minimum wages and holiday pay for gig workers. Speaking of the deal, the general secretary, Tim Roache, said: ”…full credit to Hermes. They’re showing that the gig economy doesn’t have to be an exploitative economy…Uber, Addison Lee, CitySprint, Excel, eCourier take note…”

Groups of workers have recently used social media to organise for better terms and conditions. Strike action such as the ‘Spoons Strike’ by workers in the pub chain Wetherspoons (over zero-hours contracts) and the ‘McStrike’ by workers in McDonalds franchises (over poverty pay) show that action can be taken. How much better would it be, though, if government legislation enshrined higher wages and securer terms in law? The National Minimum Wage should be raised to the level of the Living Wage which, in turn, should be raised to the level of the ‘Real Living Wage.’ Work should pay. The only way to make it pay is for wages to be higher and for working conditions to not be exploitative.

Here in Thurrock, under the previous Labour administration, Thurrock Council became a Living Wage Employer. If there is a will with these matters, there is a way. During the early days of 1997 Labour government, the naysayers were apoplectic about how the original National Minimum Wage would destroy jobs. It didn’t destroy jobs. Indeed, across the Atlantic, the idea currently making waves is for a ‘Family-Sustaining Wage.’ The idea is simple, yet quite profound – a full-time worker should be able to sustain a family on the wages he or she earns. As with before, the naysayers are issuing warnings about the job losses this would cause. If this wage is ever introduced, it would not cause job losses. Why? Because having a well-paid, well-trained, well-motivated workforce is a driver of growth and good for the economy.

Even if wages rise, the current housing market would still trap millions of workers in poverty. As recently reported, the Social Metrics Commission poverty measure cites 14 million people living poverty when housing and childcare costs are factored in. There simply is not enough affordable and stable housing around for people to be able to work their way out of poverty. That’s 14 million people who are working in order to sustain themselves in poverty. The winds of high property prices, low levels of council stock, unrealistic definitions of ‘affordable’ and Generation Rent trapped without the support of the Bank of Mum & Dad, are creating a perfect storm – the consequences of which, will be felt and endured for the foreseeable future.

Using Local Development Plans, Councils up and down the land must seize the initiative and engage in a new generation of house building. Here in Thurrock, as the next stage of the Local Plan is decided upon, we must dramatically increase the number of Council housing and genuinely affordable properties for our residents. In fact, the term ‘genuinely affordable’ must be replaced and judged by a more realistic measure: are the properties ‘Thurrock Affordable’?

The exploitative and unregulated nature of the gig economy must end. Not the gig economy itself, but the elements of it that fuel in-work poverty;
A ‘Family-Sustaining Wage’ must be enshrined in law, with freedoms for trade unions to be able to fight for their members to protect the gains made;
A massive expansion of low-cost, genuinely affordable council housing and housing association properties must take place.

None of these solutions on their own constitute a silver bullet to end ‘working poverty.’ They would, however, be a warning shot that the time has come to end the great injustice of our time – ‘in-work poverty.’