A 19-year-old man who sent explicit Instagram messages to two 12-year-old girls has been sentenced to imprisonment at a Youth Offenders’ institution.

Mohammed Keerpah first followed one of the victims on the social networking site on March 2 this year. He immediately began sending her inappropriate comments and photos. 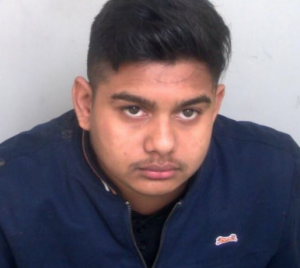 The same day, he sent a photo of himself performing a sexual act on himself to a second girl. He attempted to coerce her to send intimate photos of herself and, when she refused, video-called her and continued the act.

Keerpah was arrested at a park in Grays on Sunday, March 3, after arranging to meet one of the girls. Following a search, it was discovered that he had condoms in his wallet.

He was remanded in custody and pleaded guilty to two counts of engaging in sexual communication with a child, three counts of causing a child to watch a sexual act and one of meeting a child following sexual grooming at Basildon Crown Court on May 2.

He was sentenced to 27 months on Monday, June 10, and will serve 10 years on the sex offender’s register. Halfway through his sentence, Keerpah will be deported.

Investigating officer, PC Charlotte Taylor-Stevens, of the West Child Abuse Investigation Team, said: “Keerpah selected these girls carefully on Instagram and, despite their repeated protests, continued to bombard them with inappropriate comments, videos and photos.

“I hope that this sentence will give the girls some peace, and means that they can start moving on with their lives.”