ON the 11th and 12th of June 2019 The Gateway Academy invited Matt Johnson from the charity organisation “Hope not Hate Charitable Trust”.

Mr Johnson has been working as a freelance educator for the last five years. The students enjoyed the topics covered ‘Power and Prejudice’ and ‘Harmful language’.

Power and Prejudice looks at how societies use language which are prejudice and discriminatory and how media could influence our society. Students were taught definitions, how to react in various social situations and to be mindful to language usage. 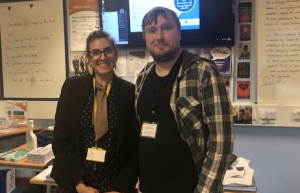 Furthermore, students were taught media literacy and how to critically evaluate headlines. The students were engaged in discussion and felt empowered by the end of the session and recognised their own responsibility in the community.

Mr Johnson stated that “the students were mature and socially engaged, they showed empathy towards groups being marginalised” and “it was a pleasure to engage in conversation with these students”.

Mrs Ute Steenkamp invited this charitable organisation as part of her pastoral role at The Gateway Academy. 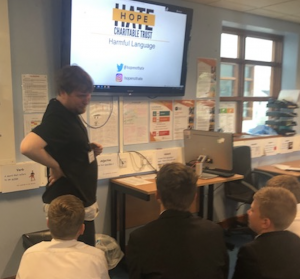