Labour and Tories come together on air pollution in Thurrock

LABOUR councillors have praised Thurrock’s Tory administration for agreeing to monitor air pollution in the borough.

The issue was raised during Thurrock’s full council meeting on Thursday night by Labour Councillor Tony Fish who expressed concerns about the levels of pollution in Grays caused by traffic congestion. 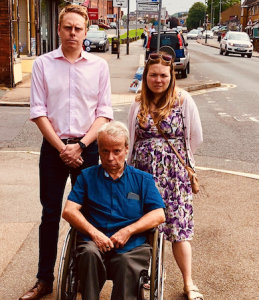 Conservative Councillor Aaron Watkins, who oversees the environment in Thurrock, said that the issue is at the “forefront” of his mind and announced the council would be reopening their air quality strategy.

“This will see what more can be done and what the council can do to tackle new issues such as the dust issue Tilbury,” he said.

“Also, I’d like it to play a part in the Government’s ambition that by 2050 the country will have no net emissions. I hope Thurrock can play a massive part in that, we’ve only got 30 years which is not long.”

He went on to say the initial steps will be analysing the issues in each of the wards and then preparing a plan for how to tackle the problems.

News of the strategy is likely to be welcomed by the residents of Tilbury who have complained for more than a year of a metallic dust in the air that has been covering cars and homes. Many fear there could be health implications and delays to formal health testing by Government agencies have resulted in independent tests being undertaken.

Mr Fish said: “I am pleased that my concerns around air quality are being taken on board. My residents deserve clean air, and I will fight for this to be improved.

He added that a low emission zone “would make a difference in the town”. If this was to be introduced it would mean certain types of high-emission vehicles are prohibited from entering a designated area.

Councillor Jane Pothecary, leader of Thurrock Labour, also welcomed the announcement and said that the party intends to “ensure any new strategy benefits our residents and improves their quality of life”.