EAST Thurrock retained the Robin Nash Trophy, with a goal feast at Rookery Hill on Tuesday, with the final four goals coming in a six minute period. 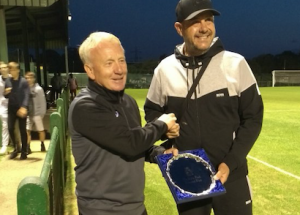 Both sides had good chances before a glut of goals livened the game up.

On 74 Warren Thomas found the net, before Ben Marlow scored 4 minutes later, to make it 4-1.

Manager Marc Harrison made changes and Tilbury went on to the attack. On 80 substitute Ola Ogunwamide ran into the box, beating 2 defenders to fire home. Straight from the kick off Ogunwamide was off again, but this time was upended in the box and George Sykes made it a nervous time by scoring to make it 4-3. In the final few minutes Daniel Cheema went close.