Police appeal after burglary in Fobbing 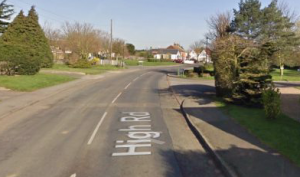 ESSEX Police are appealing for information about burglaries in Benfleet and Fobbing on Tuesday 13 August, which resulted in two arrests.

“At around 7.15pm that day, we then attempted to stop a white Audi A4 driving with partially open boot in North Stifford without success before the vehicle was abandoned in Chiltern Road.

Following a search of the area using both drone and dog unit, we arrested two men on suspicion of burglary and theft of a vehicle.

We believe the vehicle, which had cloned plates, was seen driving in in Basildon, Southend, Hadleigh and Stanford-le-Hope earlier day.

“Did you see this vehicle in suspicious circumstances ? Call Grays CID on 101 or Crimestoppers anonymously on 0800 555 111.