Grays councillor makes his case for a confirmatory referendum

FROM the outset, I believe that our national interest is best served by being a full and active member of a reformed and renewed European Union. Indeed, even if we do leave the EU, I believe that we will have rejoined within my lifetime. 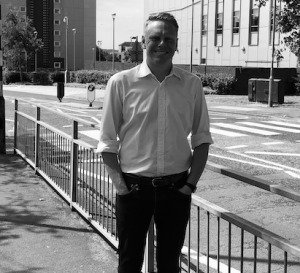 Having said this, I have many close friends and family members who are committed Leavers, with carefully thought out reasons (albeit, reasons I disagree with) that belie the stereotypes that are often banded around about Brexiters.

Therefore, I am not writing this article to re-run the arguments of the 2016 referendum. I am writing about how we can emerge from this Brexit impasse and unite ourselves as a nation once more. It is my sincere belief that the only way to do this is to have a confirmatory ‘final say’ referendum. With a deal between the UK and the EU looking extremely unlikely, we would be looking at No Deal v Remain.

Let us be honest, the only reason we are here at this juncture is because a significant number of Brexit-supporting MPs voted against Theresa May’s withdrawal agreement either once, twice or thrice before the original leaving date of 29 March 2019. This deal that they rejected would have given them what they wanted: a British exit (otherwise known as ‘Brexit’) from the EU. As this deal was rejected, we are now looking at a No Deal scenario – something which was not on the ballot in 2016.

Casting our minds back to the summer days of 2016, the Leave campaign was based around many themes, but not around a case for a No Deal exit. There was no talk of creating a low tax, low regulation ‘Singapore-on-Thames’ here in the UK. If you ask Leave voters in the economically-depressed, left-behind areas of the country that voted massively for Brexit, this is the last thing that they would want or expect from Brexit.

Does anyone genuinely and honestly remember weighing up the consequences of trading under tariffs imposed by the World Trade Organisation in the event of No Deal? The Northern Irish peace process and the Good Friday Agreement, underpinned by EU membership, was missing from most voters’ minds, too.

The key argument that many use against a confirmatory referendum is that it goes against the ‘will of the people.’ However, the will of the people was not set in stone on 23 June 2016, just as it wasn’t on 5 June 1975. It is allowed to change. When talking about the will of the people, how many of the 37% of the actual voting population that voted Leave would now back No Deal? Let’s also consider the point that a ‘united’ kingdom of four equal nations saw England (minus London) and Wales diverge in a completely different direction to Scotland and Northern Ireland – this does not represent a united will of the people, let alone a justification for leaving with No Deal.

Since 2016, numerous polls have shown a shift towards remaining in the EU. In 2017, Theresa May called a general election asking the public to ‘strengthen her hand’ in the negotiations with the EU – negotiations predicated on her ‘red lines’ which constituted a ‘hard’ Brexit. We know how that ended. Although The Brexit Party rightly took the headlines with their stellar performance in the 2019 European Parliament elections, behind these headlines lay the truth that Remain parties actually secured a higher percentage of vote than parties committed to No Deal.

It isn’t undemocratic to check with the people if it is still their will to leave the EU. More democracy isn’t bad for democracy. Is the real issue, for a great number of Brexiters, a concern that a second referendum would result in a Remain outcome? Maybe it would, maybe it wouldn’t. For me, a second referendum isn’t simply a ploy to Remain – the people could very well vote to Leave without a deal. One thing is for sure, though – it would settle the argument one way or another:

– A Leave victory would confirm that the will of the people hadn’t changed and that the people of this country actually desire a No Deal exit from the EU;

For too many years now, the political energy in this country has been consumed by the stifling debate around Brexit. We need to move on, and return some civility into our political discourse. People who we disagree with are not traitors. Our politicians and judges are not enemies of the people. Whether you are a committed Leaver, a committed Remainer, or somewhere in between, we must unite. This can only be achieved with a confirmatory referendum. This is the case for a confirmatory referendum.