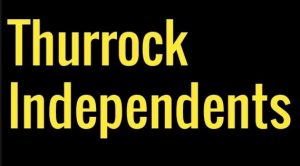 THURROCK Independent Councillors were left fuming as a “no show” from Labour Councillors at a crucial planning meeting allowed the Tory £10 million new office plans to progress.

The usual members of the Labour Party on the Planning Committee were cllr Gerard Rice and Cllr Sue Shinnick. Both were absent.

Their replacements, Councillor Abbie Akinbohun and Daniel Chukwu were not allowed to vote.

Gary Byrne, Thurrock Independents Councillor for the Homesteads, said: “This really is an utter slap in the face to residents across Thurrock. Labour better have some good reasons for this no show.”

“These offices will now proceed as a direct result of Labour failing to attend this most crucial planning meeting.”

“I hope everyone remembers this the next time they get a Labour leaflet through their door or read a press release from shambolic Thurrock Labour.”

“As a Stanford-le-Hope Cllr I know first hand the damage Labour’s incompetence can do to a community. In the last local elections Labour were soundly rejected in both Ockendon and Tilbury. They’ve been found out as a party who make a lot of noise but never deliver. If they continue down this path then it’s only a matter of time before they are booted out of Grays and Chadwell too!

“This comes off the back of yesterday’s news that a senior Thurrock Labour Cllr is currently subject to an investigation over planning issues, and has had the Labour whip temporarily removed.

“The last two years have shown Thurrock a Labour group with no interest in taking responsibility to run this borough. A Labour group only interested in trousering allowances negotiated in squalid deals with the Tories.

It should be clear to all that the Thurrock Independents represent the only real alternative to the Tories in Thurrock.”

Speaking after the meeting, a spokesperson for Thurrock Labour said: “Contrary to some reports, three Labour councillors were in attendance at Planning Committee yesterday evening, but two were prevented from voting on the Civic Offices item on a technicality.

“We are looking into how this can be challenged. As residents know Thurrock Labour has consistently opposed this plan and will continue to do so”.