THURROCK Council is asking residents to share their views on initial proposals for two developments in South Ockendon as part of the first stage of an extensive consultation.
Up to 240 homes could be built across two sites, helping to meet the local demand for new homes. 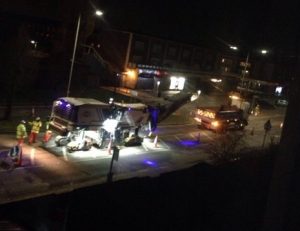 During this initial stage of engagement the council would like to discuss the change of use and the disposal of the land of the former Culver Centre and Culver Field, located just off Daiglen Drive.

The site was formerly home to a Pupil Referral Unit which was relocated in 2015 and the buildings were demolished in 2017. With the site no longer required for educational use, it has been identified as a possible location for new homes. The smaller site is on land at Callan Grove, just off Stifford Road.

Cllr Barry Johnson, cabinet member for housing, said: “We are at the very early stages of developing proposals for these sites and will be undertaking a full and open consultation process. Following this initial consultation, a second phase, influenced by views from the community, will be held early in 2020. Only after this will the proposals be finalised and planning applications submitted.

“Across the borough, 1,200 new homes need to be built per year just to meet existing demand. Thurrock is one of the largest growth areas in the UK and we are working hard to ensure that any emerging proposals are of maximum benefit to residents and the borough.”