FOLLOWING a council investigation a veteran councillor has been cleared of wrongdoing and reinstated by the authority’s Labour group reports the Thurrock Independent.

Chadwell St Mary councillor Gerard Rice, who sits on the council’s planning committee, found himself the subject of an investigation into a planning matter and he immediately had the Labour whip withdrawn while the probe took place. 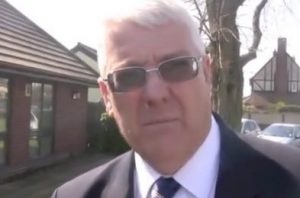 One of the immediate consequences was that his voice was removed from the planning debate on the council’s controversial new civic offices – which he had been a staunch critic. The planning application was given approval in his absence.

The Thurrock Independent understands the investigation centred on a planning application for a housing development in Bulphan and the veracity of a signature on a document calling for the matter to be debated by the planning committee.

Today (Friday, 11 October) a Labour spokesperson said: “Thurrock Council’s Monitoring Officer has now concluded his investigation with no further action. As a result the Labour Whip has been restored to Councillor Rice with immediate effect.”