ASDA decline last-ditch request from unions to remove threat of dismissal from thousands of staff who will be sacked if they fail to sign compulsory contracts by end of next week.

ASDA has declined a last-ditch request from unions to remove the threat of dismissal from thousands of staff who will be sacked if they fail to sign compulsory contracts by the end of next week. 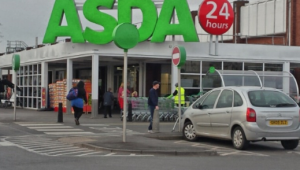 The GMB union estimates up to 12,000 of more than 100,000 affected Asda employees could lose their jobs because they are unable to agree to the terms of the new deal, known as Contract 6, which demands greater flexibility from workers.

Asda said the “overwhelming majority” of employees have signed and claimed the deal is in the best interests of employees and customers.

A spokesman described the GMB estimate as “unsubstantiated speculation” but would not confirm how many employees are yet to sign.

The retailer, which is owned by US retail giant Walmart, the largest private employer in the world, says the contracts are a necessary response to competition in the supermarket sector and will leave 95% of those affected with higher pay at a cost of £80m.

Contract 6 was first introduced by Asda as a voluntary change in 2017, but earlier this year it became compulsory.

The GMB, which had initially welcomed the deal, objected, but after three rounds of consultation with staff it was introduced with a deadline of 2 November.

Anyone not signing was put on 12 weeks’ notice, free to change their mind at any time knowing that failure to agree by next weekend will put them out of a job.

Contract 6 requires staff to be available for any shift demanded by managers, threatening the working patterns of thousands of employees – many of them women – based around children and other care responsibilities.

There are other issues.

Breaks will become unpaid; five out of eight bank holidays must be worked or taken from annual leave; and night-time hours, for which additional pay is due, will be cut from 10pm-6am to midnight to 5am.

In exchange, staff will receive a 79p hourly pay rise, taking basic pay to £9-an-hour, in line with the target national living wage for April 2020.

A spokesman for Asda said: “Throughout the consultation process on these changes we have taken colleagues concerns and feedback from representatives – including the GMB – on board and have been clear that we understand our colleagues have responsibilities outside of work and we will always help them balance these with their work life.

“We have been clear that we don’t want any of our colleagues to leave us and whilst the vast majority of colleagues have chosen to sign the new contract, we continue to have conversations with those who have chosen not to, to try and understand their concerns.

“It is vital that we make sure we are prepared to adapt to the demands of our market. Change is never easy, but we are determined that Asda remains a sustainable business for its customers and colleagues – now and in the future.”

ASDA decline last-ditch request from unions to remove threat of dismissal from thousands of staff who will be sacked if they fail to sign compulsory contracts by end of next week. added by Staff Reporter on October 26, 2019
View all posts by Staff Reporter →