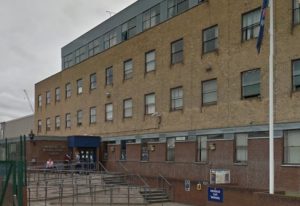 THREE people arrested in connection with the investigation into the deaths of the 39 people whose bodies were found in Grays on Wednesday have been released on bail.

A 38 year-old man and a 38 year-old woman from Warrington were arrested in Cheshire on Friday 25 October while a 45 year-old man from Northern Ireland was arrested at Stansted Airport later the same day.

All three had been questioned on suspicion of manslaughter and conspiracy to traffic people.

The man and woman from Warrington have both been released on bail until 11 November while the man from Northern Ireland has been bailed until 13 November.

We would asked the public and media not to speculate in relation to the bail of these people or their identities.