Man charged after two struck by car in Orsett 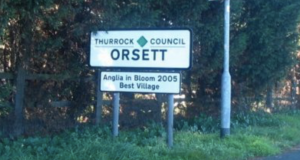 A MAN has been charged after two people were injured in Orsett.

The man and woman were struck by a car in High Road shortly before 4pm on Saturday 26 October.

They were taken to hospital with cuts and bruising.

Margetts appeared at Basildon Magistrates’ Court yesterday, Monday 28 October, and was remanded in custody to appear
at Basildon Crown Court on Monday 25 November.