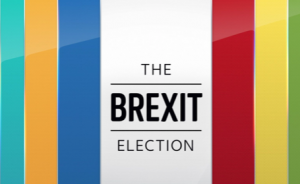 AS you may know, 72% of those who voted in the 2016 European Union Referendum in Thurrock voted to Leave. That is a whopping 57,765. We have a general election in Thurrock on Thursday December 12th and you get the feeling that people may be wondering who exactly is out there representing them on that issue?

The 2016 result in Thurrock felt part of a crest of a wave. Not everyone who voted Leave, also voted Ukip but the vote co-incided with real support for Ukip. They had 17 councillors at Thurrock Council. The election of 2015 saw swathes of Vote UKIP boards all over the borough. The UKIP candidate in the 2015 General Election, Tim Aker polled 15,718 votes, just 974 behind the winner, Jackie Doyle-Price. The vote fell to 10,112 in 2017 but it was the best performance by a Ukipper in that year.

And now there feels like a radio silence for those who represented Leave. Ukip morphed into the Thurrock Independents but they have indicated they will be taking five weeks off and not campaigning for anyone during the General Election.

The Labour ranks are working hard, going from door to door, helped by groups from the east of London. They insist that Brexit isn’t coming up on the doorstep as much as you think. If it was, the we can’t see how their policy of negotiate a deal within six months and put it in a referendum against Remain is going to go down with the 57,765.

The Tories under Jackie Doyle-Price have been a bit under the radar but then again her campaigns were deeply underwhelming in 2010,2015 and 2017 and looked what happened there. As we wrote in 2017 in a piece called “The Silent Majority”, there are many people in Thurrock who told us they were no great fans of JDP or Theresa May but voted Conservative. They may well do again and many of the 57,765 may be more persuaded that Boris Johnson may deliver a Brexit soonest.

What may be most frustrating for the 57,765 is the lack of a Brexit Party presence. There were hopes that Nigel Farage would stand but with five days left until candidates have to declare, there is no sign of a Brexit Party candidate at all. Perhaps that is deliberate but it does seem to be a strange irony that the boring that had one of the highest number of Leave voters in the UK, wil have no real representative in the Brexit Election of 2019.

To reassure readers, we can only report on political activity we see. Over at our sister paper, Conservatives, Labour, Lib Dem and Brexit have been very active. In Thurrock, as we said, it only appears that Labour are doing the hard yards. Perhaps things will change over the next 32 days. If it does, we will report it.