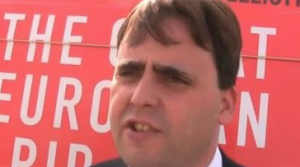 THE deputy leader of Basildon Council will stand for election as an indepedent MP.

Kerry Smith, councillor for Netherymayne ward, will stand as an MP for South Basildon and East Thurrock, where Stephen Metcalfe has held his seat since 2010.

Speaking to the Echo newspaper, Mr Smith, who stated he will remain a councillor if he becomes MP, outlined his plans and promises. He said: “We’ve got to get rid of the congestion charge for the A127. That’s my main priority.

“Once they get it on the A127, I believe they will move onto other roads like the A13.

“It needs to be stopped. It will ruin Basildon and South Essex.

“I believe that the A127 needs to be widened.

“I will be campaigning for this and for more funding to be given to Basildon.

“It’s a new town, so why wasn’t it given funding by the government as part of their new town funding scheme.

“Harlow and Colchester got it. I’m pretty sure Colchester has been around since the Roman times. That’s not a new town.”