A Liberal Democrat spokesperson said: “Kevin McNamara has now resigned as PPC for Thurrock. A disciplinary process has been instigated.”

Kevin McNamara said: “I am deeply sorry for the comments that I made that are currently being reported in the press. These words are deeply offensive and I apologise profusely to everybody that I have offended with these tweets.

“I would never want to undermine the voices of those communities with slurs or degradation and it’s important that people who want to represent the public are held to the very highest standard. I am resigning as a candidate with immediate effect for the upcoming election.

“I apologise to all of those I have let down with my past conduct and will work hard to regain their trust.” 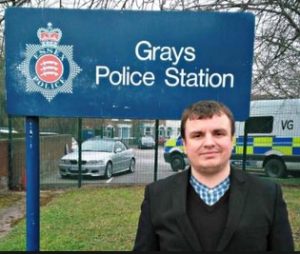 THE Liberal Democrats prospective parliamentary candidate for Thurrock, Kevin McNamara by his party is under investigation after tweets that use racist language have been found on his account.

The tweets on the @KevinMPMcNamara account, which has over 39,000 followers, go back to 2010. One tweet states: “I smelt horse s**t and saw a black guy walk into KFC. This summarises Grays.”

There has been a stream of protest on social media since the tweets were unearthed this evening (Monday).

YT has also contacted Mr McNamara but has yet to receive a reply.

Mr McNamara was also the Lib Dem candidate in 2017. He also stood for police and crime commissioner in Essex as well.