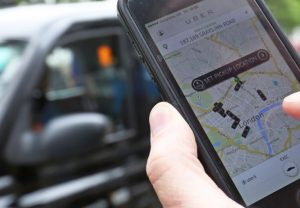 UBER will not be granted a new licence to operate in London after repeated safety failures, Transport for London (TfL) has said.

The regulator said the taxi app was not “fit and proper” as a licence holder, despite having made a number of positive changes to its operations.

Uber initially lost its licence in 2017 but was granted two extensions, the most recent of which expired on Sunday.

The firm will appeal and can continue to operate during that process.

About 45,000 drivers work for Uber in London, which is one of its top five markets globally.

Explaining its decision not to renew, TfL said it had identified a “pattern of failures” that placed passenger safety and security at risk.

Thurrock Taxi Drivers Association (TTDA) has reacted to the news.

A spokesperson said: “The Thurrock Taxi Drivers Association welcomes the news that TfL have decided to not renew Uber of their London operators licence. We have been battling for over a year to highlight the illegalities of their practice particularly encroaching into Thurrock without an operators license to work in the area.

Uber have been using their London license to work in over 40 boroughs outside of London without operators licenses in those areas.

TfLs decision today confirms that Uber are not a “fit and proper” operator and that operating unlawfully catches up to operators of all sizes eventually.

It has been found that TfL investigation showed that over 14,000 trips had been done with drivers who uploaded pictures to their account for which they were not registered to drive.

“With this news it will hopefully protect the livelihoods of Taxi firms, their drivers in all areas like Thurrock, Brentwood and Basildon”.