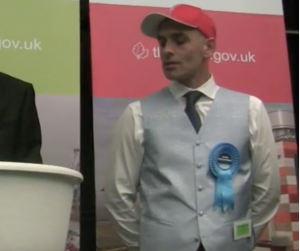 Barnes was released on bail and is now due to reappear at Basildon magistrates court on January 9th.

He has had a number of bail restrictions imposed upon him including not to contact a number of Conservative activists and stipulations regarding the use of his megaphone.