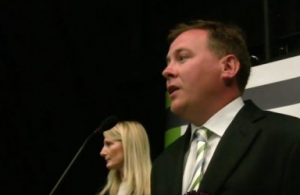 COUNCILLOR Luke Spillman has announced that he is to stand down as Thurrock Independents leader in the spring. Cllr Jack Duffin will also be standing down from his role as deputy group leader and not seek re-election in 2020

Cllr Luke Spillman said “This decision is being made at the right time for both myself and the group. The last four years have felt like a rollercoaster. It’s safe to say that becoming a Councillor in May 2016, the chair of a committee in May 2017, before becoming a group leader in May 2018 has presented its challenges. However, I’ve been given the opportunity to meet many of the fantastic personalities who contribute so much to the rich and distinct character of the borough.

“I’ve always tried my very best to do what’s right for the Thurrock and for individual residents who have sought my help. Nothing in my working life has ever matched the sense of satisfaction I get from completing casework for residents.

“There are two political moments which really stand out for me. The EU referendum campaign was an incredible experience which I will never forget. Secondly the 2019 local elections. Winning five seats with an overall vote share on par with both the Conservative Party and Labour Party was a great achievement for our independent group. Doing it on an absolute shoe string budget made it all the more satisfying.

“Thank you to all my fellow Independents, but also to opposition colleagues from both the Conservative Party and Labour Party. Thank you to the all the Council officers who’ve had to put up with me! But most importantly thank you to the people of Thurrock who granted me this wonderful privilege and honour.”

2 Responses to "Thurrock Independent leaders set to step down"