Chafford Hundred: Man due in court over serious assaults on police officers 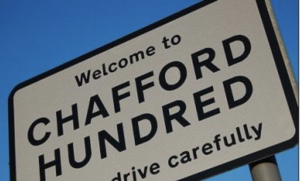 A MAN is due in court today, Thursday 16 January, charged with offences after a car collided with two police officers.

One of the officers was also punched in the face following the collision in Drake Road, Chafford Hundred, on Tuesday 14 January.

The officers, a man and a woman, were taken to hospital but were not seriously injured.

Dayne Cooper, 26, of Fenton Road, Chafford Hundred, has been charged with attempting to cause grievous bodily harm, assaulting an emergency worker, dangerous driving, failing to provide a specimen for analysis and driving without insurance.

He is due to appear at Basildon Magistrates’ Court today.