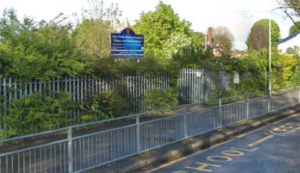 A PRIMARY school is to fine parents who are late to pick up their children reports the BBC.

Holy Trinity in Gravesend, Kent, will issue a £1 charge per pupil every five minutes after 15:40.

Social services will be contacted if a child remains uncollected at 16:00, according to a policy that was introduced earlier this month.

The school said paying staff overtime to care for uncollected children had become unsustainable and would impact other aspects of school funding.

Head teacher Denise Gibbs-Naguar said it was increasingly common for a “significant number” of pupils to remain uncollected 30 minutes after the school finished at 15:30.

She said pupils who are collected late often “exhibit signs of anxiety and distress” and “worry that something may have happened” to their parents, adding: “Clearly this is not something anyone wants a child to experience.”

Parents at the school gate had mixed views of the fines, with one mother-of-four saying she understood the school’s move when it came to persistent offenders.

A father said he did not understand why people would be that late to pick up their children but another parent she said thought the move was “a bit petty”.

The school’s new policy says fines will not be issued when there are “reasonable circumstances” for lateness, such as car accidents, illness and flooding.

Parents will be given three warnings, but thereafter will be charged £1 every five minutes per child.

Jerry Glazier, of the NEU, said the union did not think “fining parents is the right way to engage in the issue”.

He said it was important “parents understand why particular actions are detrimental to the school, but the best way of doing that is through proper meaningful engagement, not by punitive actions like fining”.

He added: “I don’t think there’s any legal power that enables a school to fine parents and that’s probably the end of it.”

The school said a letter would be sent to parents requesting the amount due, which will be followed up with a phone call.

It is not clear what action the school would take if a parent refuses to pay.