Grays man jailed for theft and assault in town centre 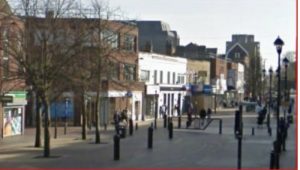 A MAN who was quickly arrested by Grays Town Centre Team officers during an attempted shop theft has been jailed.

He previously pleaded guilty to the offences.

On Tuesday 30 July at around 3.45pm, Crooks’ accomplice, Laura Reid, 36, also of Seabrooke Rise, attempted to walk out of Morrisons in London Road, Grays, with four bottles of alcohol.

She was stopped and called out to Crooks, who attempted to take Reid’s handbag containing the bottles. He was stopped by a member of staff and while being detained, he kicked a worker.

Reid was jailed for six months at Basildon Crown Court on Monday 4 November after admitting three counts of shoplifting, two counts of failing to surrender to bail, breaching a community order and possession of cannabis.

The Grays Town Centre Team applied for a criminal behaviour order, which was granted on Wednesday 18 December.

It bans her from entering the town centre for five years except for pre-arranged appointments with support services and health care providers.

The exclusion zone is the area between the A126 London Road, A126 Orsett Road, B189 Derby Road, Crown Road and Maidstone Road.