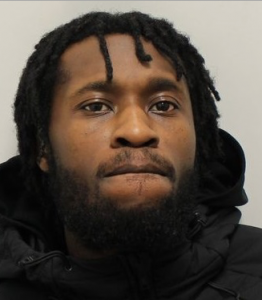 A DRUG dealer, who supplied a notorious gang with heroin and crack cocaine, has been jailed for more than six years.

Michael Lawal, 26, is the latest criminal to be put behind bars thanks to Operation Raptor as they continue their work to keep drug dealers behind bars and the communities of Essex safe.

Basildon Crown Court heard how Lawal of Slaney Road, Romford was running a county line, known as “Frenchie”, supplying Class A drugs across the Thurrock area.

On three occasions in 2018, officers from the West Operation Raptor team stopped individuals on suspicion of drug dealing. Each time the individuals, who were acting as runners for Lawal, were found with Class A drugs and phones linking them to Lawal.

Following an investigation into the “Frenchie” line officers executed warrants at Lawal’s home on 24 January last year as well as an address in Tilbury linked to him.

They recovered crack cocaine and cocaine worth around £2,200, more than £1,000 in cash and various mobile phones linked to the “Frenchie” drug supply line.

Lawal was arrested and charged with two counts of being concerned in the supply of Class A drugs, two counts of possession with intent to supply Class A drugs and driving while uninsured. He was jailed for 80 months at Basildon Crown Court on Monday 27 January.

Following the sentencing investigating officer PC Rory Phillips of the West Operation Raptor team said: “Lawal employed a series of runners, including members of the C17 gang, to supply Class A drugs across the Thurrock area.

“As soon as any of his runners were arrested, he simply recruited someone else to keep his drug supply line going. But he did not bank on the fact that Operation Raptor were one step behind him, compiling the evidence we needed to ensure he stays behind bars for a significant time.”

The result is the latest success for the West Operation Raptor team as they continue to target drug and gang-related crime in the borough.

Since the team secured a gang injunction against the so-called C17 gang in September 2018 they have made a total of 42 arrests. These arrests have been both of individuals subject to the robust court order of criminal affiliates of the gang.

There has also been a 12 per cent decrease in incidents of anti-social behaviour in the Grays Riverside, Thurrock, Lakeside and Grays Riverside areas since the gang injunction was secured.

In the last year 16 identified members of C17 has been prosecution for a range of offences including drug supply, robbery, possession of a knife and aggravated burglary. They have received custodial sentences of a combined total of 42 years.

Det Sgt Scott Fitzmaurice of the West Operation Raptor team said: “The C17 gang were responsible for a serious amount of violence, crime, disorder and drug-related offences across the Thurrock borough.

“The community were seriously suffering as a result of their behaviour and Operation Raptor were not prepared to let that continue.
“We continue to robustly enforce the gang injunction and will target anyone else who mistakenly believes they can come to our county to commit crime on our streets.”

One Response to "Drug dealer jailed for more than six years"