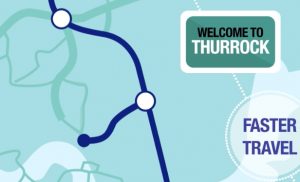 THURROCK Council has set out its concerns that Highways England’s current proposals for the Lower Thames Crossing route could do Thurrock considerable community, environmental and economic harm in its response to their most recent consultation.

The council’s response says that current proposals will sever existing communities, could cost the local economy more than £200m, and will cause additional air and noise pollution in the borough.

It also challenges Highways England’s ongoing environmental and health impact assessments which have been slow to be completed making it impossible to determine exactly what kind of mitigation measures should be implemented.

Cllr Rob Gledhill, Leader of Thurrock Council, said: “We commissioned a report which outlines the economic impacts of the Lower Thames Crossing proposals on the borough. These include losses of up to £51m for businesses in the construction phase and up to £150m worth of land lost to construction of the crossing.

“I would urge residents to read our report and make their own response to the consultation on these plans.”

Cllr Mark Coxshall, Cabinet Member for Regeneration, said: “We will continue to challenge Highways England and ensure they are well aware of our concerns with their proposed scheme. Our latest response makes it clear that we feel their current proposals do not offer anything for Thurrock and that we expect them to take the council’s and our residents’ concerns about their scheme seriously.”

Cllr Gerald Rice, Chair of the Lower Thames Crossing Task Force, said: “We have provided a robust response to this latest consultation just as we did to the last. These proposals will create an unnatural divide right through Thurrock and do not offer any significant benefit to our residents.

“It is important that as many people as possible get involved. Read the report we have had commissioned, our response and then go to the consultation site and make their views known.”