PM Boris Johnson: “Schools will not start to re-open until June 1st…at the earliest” 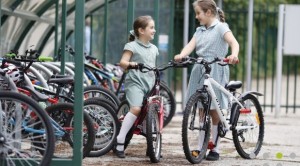 PRIME Minister Boris Johnson has said schools will not start to reopen until June 1 ‘at the earliest’ as he outlined his plan to lift the coronavirus lockdown.

The PM said pupils in reception, Year 1 and Year 6 will be the first to go back from the start of the month during the staged process.

But Wales and Scotland have already dismissed the idea, with Nicola Sturgeon suggesting there is little prospect of them returning north of the border until August.

Even on the PM’s blueprint, the majority of secondary pupils will not return until September.

Mr Johnson told the nation: ‘In step two – at the earliest by June 1 – after half term – we believe we may be in a position to begin the phased reopening of shops and to get primary pupils back into schools, in stages, beginning with reception, Year 1 and Year 6.

‘Our ambition is that secondary pupils facing exams next year will get at least some time with their teachers before the holidays.

‘And we will shortly be setting out detailed guidance on how to make it work in schools and shops and on transport.’