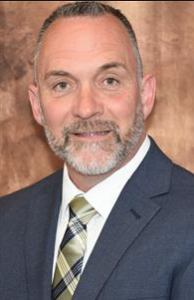 THE THURROCK councillor in charge of education has said he is “disappointed” with a Conservative council which has defied government proposals for a phased re-opening of schools.

Solihull Council has announced its schools may not be ready in time for the Government’s proposed phased reopening for pupils in Reception, Year 1 and 6 for June 1st.

It is believed to be the first Conservative-led council to question the proposed start date.

The leader of the council, Ian Courts, said: “The Government has the ambition of a June 1 return, but the reality in Solihull is that schools will need to use that first week in June to ensure they are completely ready for more pupils to attend. So places may only be available from the week beginning June 8.

Portfolio holder for education, cllr Andrew Jeffries went on Twitter to say: “Very disappointing. Thurrock schools on the other hand are working hard to get our children back to school.”

It was part of a Twitter conversation with Labour councillor and senior teacher, cllr Martin Kerin.

Cllr Kerin responded: “I just wish that Gavin Williamson would publish the scientific advice and modelling he used to make his decision regarding June 1st.”

Cllr Jeffries did not respond.

More than 35 councils in England have warned that not all of their primary schools will be ready to reopen on 1 June.

Some of them have expressed opposition to opening at all amid safety concerns.

The government says it will listen to the concerns of parents and teachers about the plans to reopen schools.

At the daily No 10 briefing, Culture Secretary Oliver Dowden said the move would only go ahead if ministers “can be sure of children’s safety”.

He also said he wanted schools in England to return at the same time, after his cabinet colleague Justice Secretary Robert Buckland told BBC Breakfast there may not be a “uniform approach”.

Mr Dowden said: “It is best, and the government has said this repeatedly, that we move as a whole nation, and that would include of course the whole of England in doing so.”

But he suggested there could be different measures in “micro-hotspots” where there was an outbreak of new coronavirus cases.

From 1 June, children in Reception, Year 1 and Year 6 in England will be able to return to school if infection rates and the government’s other tests at the time allow it. England is the only UK nation to set a return date so far.

But on Tuesday, Calderdale Council, in West Yorkshire, followed Bury, Liverpool and Hartlepool in advising its schools against wider reopening.
Other local authorities expressed concern:

A number of the 153 English local authorities have acknowledged safety concerns but have not urged all their schools to reject the proposed timeframe.
Academies have the freedom to make their own decision, unlike the two thirds of primary schools supported by local authorities.