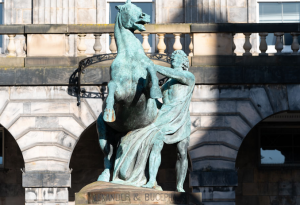 THE CITY of Edinburgh Council (CEC) has removed Thurrock Council from its lending list after undertaking a “due diligence” test.

Although local papers covered the issue in 2019, the Financial Times published an in depth piece in May.

Since then, different councils across the country have been asked to explain why they loaned money to Thurrock, including Edinburgh.

CEC says it has been repaid in full with interest said to be £57,000. The loan was outstanding between November 2017 and May 2018. But, CEC removed Thurrock Council from their lending list quite soon afterwards in September 2018, perhaps having realised how risky their loan was.

CEC has told The Ferret that “other councils who have undertaken significant commercial property activity” have also been blacklisted.”

The Bureau of Investigative Journalism (TBIJ) has identified that Thurrock Council, which borders with Greater London and lies to the north of the Thames, has borrowings from about 150 other councils. Thurrock has invested millions in solar energy schemes, and £74 million in a company called Rockfire Capital. BNIJ say that Rockfire’s financial model is questionable, raising doubts over how likely it is the money will be repaid.

That said, Thurrock Council claims that their investment portfolio, mainly in solar, has earned them £32 million extra a year.

TBIJ said: “This revelation comes at a time when many councils’ finances have been hit hard by the coronavirus crisis.”

TBIJ also states that these schemes ‘are made possible by easy access to cheap financing, in Thurrock’s case from other councils.’

A spokesperson for The City of Edinburgh Council said: “As part of our credit due diligence process, we regularly review the activities of Councils to which we lend, and Thurrock was removed from our lender list in 2018. We have no outstanding credit arrangements with this local authority.”

The City of Edinburgh Council explained to us that their investment framework, including limits on investments, is set by the Treasury Management Policy Statement approved by councillors.