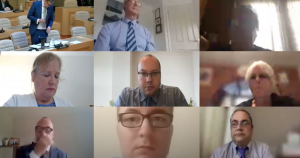 LAST night’s extraordinary council meeting revealed that Thurrock Conservatives have continued to invest huge sums of borrowed money, without following their own rules, confirmed they are relaxed about piling up a mountain of debt and have absolutely no idea of how they will pay it all back claims Thurrock Labour.

Conservatives confirmed they have have allowed Thurrock Council’s debt mountain to increase by almost 300% in the time they have been running the council (figure at March 2016 £355m today £1.4b increase 294.5%.) Today the debt stands at an eye watering £1.4b and they appear hell bent on allowing that to increase further to, at least £2.2b.

The debt is being serviced by borrowing from other public bodies. Thurrock Conservatives have borrowed from 150 other authorities over the past three. Most of these loans are for very short periods of time which means they are stuck in a perpetual cycle of debt where they are continually borrowing to pay the interest due on the last loan – borrowing from Peter to pay Paul.

“These are huge figures, it means we are paying over £12m a year in interest payments to other authorities, and there are genuine concerns about how sustainable this is.

“Too many of these borrowing and investment decisions have been taken behind closed doors. That just isn’t good enough – we need to have a much more open process that allows councillors, of all parties, to have some oversight of these decisions, we need to see a more balanced range of investments and we need to understand how this eye watering debt is going to be paid off.”