Rob Lay: “How my photography helps me cope with epilepsy” 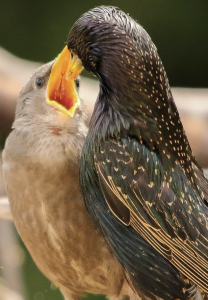 “How my photography helps me cope with epilepsy”

ROB Lay has been a well-known figure in the Thurrock community for many years for his expertise from behind the camera lens.

But behind his evident talent there’s an ongoing battle with epilepsy which both fuels his inspiration and helps him cope with the disorder.

Rob, 43, who has lived in Thurrock all his life, said: “My work life has been a testing due to the epilepsy side effects which causes memory issues and lack of sleep due to the medication.

“I got into photography properly about 20 years ago and at that time I was having a lot of seizures, one a week something like that, and as a consequence was dislocating my shoulders each time. As you can imagine it gets you down. But I’ve found my photography really helps with mental health and being out with the camera helps me to relax.”

Dad-of three Rob grew up in East Tilbury and moved to Grays to start my family with my wife Kiley, 45. They have two daughters Katie, 20, and Shelbie, 11, both with epilepsy – and son Robert, 16.

The family now live in Chadwell St Mary, and Rob revealed how his oldest daughter also battles a more severe form of epilepsy.

He said: “My wife and I are now her full-time carers for Katie , she suffered seizures almost every day for two years but thankfully, over the lockdown she has been clear.”

Rob is well-known for his tweeted photos at his Twitter handle “thurrockrob” and it’s clear people like what he does.

He said: “I also post a lot on Facebook on my photography group Thurrock Essex photography. I have been using the Facebook group Chadwell St Mary past and present to share my photos and the comments I have had have been lovely and has helped me get out there and photograph more.

One said: “I have said it from day one in Lockdown you’ve been a massive help to my anxiety, well- being, etc…and I’m sure others too Rob. Thank you, keep up the good work.”
Rob told how since the beginning of Lockdown he has particularly liked taking shots of wildlife while out exercising.
He added: “I find that there is a lot of beauty and interesting places to visit and see in Thurrock, I think at times that is forgotten by people.

“I would love to see more land set aside for wildlife here, maybe with community ponds with the schoolchildren involved, this will give the next generation an interest in wildlife and nature. We have some great landscapes in Chadwell St Mary from Thames Drive overlooking Tilbury and the docks.”

Rob said his love for a picture has helped him get through Lockdown – and hopes he has brightened other peoples’ worlds too.

He said: “There is always someone in a worse position then me, people with cancer or others who can’t leave their homes. If I could reach just one and cheer them up, just a little bit, that is good enough for me.”