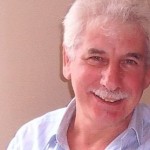 The marine unit was called to Lakeside shopping centre and searched the lake for several hours but found no trace of Mr Forrest.

Police are continuing to search the Lakeside area.

Mr Forrest who worked for many years as a machine operator in Braintree, lived alone but had relatives in Scotland and Newcastle.

Chief Insp Nick Lee who is leading the search said: “We have no idea why Mr Forrest travelled from Chelmsford to Lakeside because it was not a place he was known to visit.

“But he has recently been using his bus pass to get around and has been travelling on London Underground to other places he did not usually visit.

“We are extremely concerned for his safety because he is confused, has no access to money and might be trying to travel round using his bus pass. He is extremely vulnerable.

“We have made extensive enquiries at Lakeside over the past few days and all shop staff have been asked to look out for Mr Forrest.

“We have sent our Marine Unit to search the lake because he was last seen walking towards it. We desperately hope that he hasn’t fallen in, but sadly there has been no sign of him since the last sighting on CCTV.”

Mr Forrest is 5ft 8in tall, of slim build and has brown eyes. He has white hair and a moustache. He has a Scottish accent. He was last seen wearing a grey duffle coat over a V-necked short sleeved top and striped light-coloured shirt, and black tracksuit bottoms.