MP puts Brighthouse under the spotlight

By Staff Reporter on February 7, 20115 Comments

THURROCK MP Jackie Doyle-Price has questioned the “pricing arrangements” of a shop in Grays during a debate on consumer credit and debt management from the floor of the House of Commons.

“I wish to draw attention to one particular organisation, a company called BrightHouse. There is a branch on High Street in Grays, and I thought I would do a bit of price comparison.

“At the moment, it is advertising a nice, attractive 46-inch LED television that currently retails at £849 in Currys. BrightHouse is retailing it at £1,478.11, but it quotes a weekly payment of £13.64. On the face of it that sounds affordable, but ultimately the customer will pay a total of £2,127.84 for the product, two and a half times the price that they would pay in a normal high street store.

“That is why we need to consider extending affordable credit provisions more widely, so that consumers are not ripped off by such companies.

“It is important that we consider the whole issue of indebtedness, which has become a plague on our country and will only get worse as time moves on.

“We all want appropriate measures in place to protect those who rely on credit from the activities of unscrupulous lenders.

“I bring some knowledge to this subject, having worked in a previous life as an adviser to the Financial Services Consumer Panel. We have long been concerned about the inadequacy of the current framework of consumer credit regulation, so now is clearly the appropriate time for change.

“We should leave no stone unturned in ensuring that the regulator has the appropriate tools and, more importantly, the appetite to take enforcement action where poor practice is identified.

“At the moment, we have a consumer credit system regulated by the OFT, in which the tools available are not very effective. With the reforms to the tripartite system, we have a great opportunity to state that we expect the new authority to take real action. In the past there has been a lot of, “Oh dear, isn’t this terrible?” and a lot of wringing of hands from regulators, but they have had no real ability to stop poor providers doing business or to give them appropriate penalties. That is what we want to see from the reform of the regulatory system.

“One reason why many consumers find themselves in punitive agreements is that often, deals are marketed in terms of the cost per week, so they do not necessarily understand exactly how much they will pay for their credit.

“That practice is not just restricted to doorstep lenders and loan sharks, because all too often we see it on our high streets.

“I pay tribute to my local borough council, which has welcomed Essex Savers credit union into its civic offices and other properties that it owns and manages. I encourage the Government to consider what facilities it could offer to credit unions-post offices were mentioned, but we could also use jobcentres. That would give credit unions access to more savings, and they would therefore be able to make more loans.” 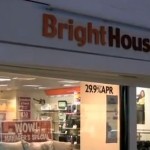 5 Responses to "MP puts Brighthouse under the spotlight"