COUNCILLORS have called for an internal investigation into the continuing saga of a controversial lorry park.

The Titan lorry park in West Thurrock has been at the centre of local feuding between residents, councillors, Thurrock Council officers and representatives of Thurrock Thames Gateway Development Corporation.

Allegation and counter allegation have marked a bitter political debate, with “hints of corruption” which for many have dragged the reputation and integrity of the local authority into question.

At last nights meeting of the planning committee, the councillors led by chairman Terry Hipsey voted in favour of an investigation into all the circumstances surrounding the lorry park, an investigation led by the chief executive Graham Farrant and leader of the council, John Kent.

The debate over the park began badly for the councillors when they were told that a stop order couldn’t be issued because the site had been operating for more than four years, a significantly contrasting view to that issued by the Council’s Chief Executive and its planning chief just less than six months ago.

Labour councillor Gerard Rice appeared to compound potential officer embarrassment by revealing transcripts of a conversation by the Titan lorry park’s operators’ agent saying that the park didn’t start operating until August 2007, which contradicts the officers’ view put before councillors.

The council monitoring officer rejected this by stating that August 2007 was the date that the park officially opened.

Following his revelations, councillors reacted with a wave of condemnation.

Mayor Cllr Anne Cheale said: “I have real concerns here. The whole situation is a little mind-blowing. We need a more in-depth account of all this.”

Councillor Cheale also quizzed the legal officer to ask if there was a incident at the lorry park which lead to loss of life, who would be liable.

The officer replied: ‘That would depend on the circumstances.”

Tory Phil Anderson said: “We are attempting to get egg off our faces,” which prompted a rebuke from committee chairman, Labour’s Terry Hipsey, who said: “We purely acted with the best interests of Thurrock residents.” 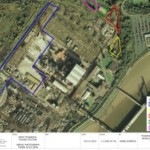