GRAYS councillor Cathy Kent says she is “steaming mad” at proposals to close and sell off the Adult Community College for housing.

“It’s not just the college itself, it’s everything that goes with it,” said Cllr Kent.

“The Tories pushed through their proposal to close the college in Richmond Road and sell the land for housing without thinking of the thousands of people this will affect.

“Hundreds of people attend classes every day and there are all sorts of community organisations, from drama groups to art groups – even a short tennis club which will struggle to survive without the use of the college’s rooms and hall.” 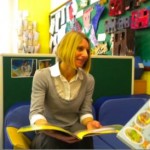 “There is already a shortage of pre-school places in Grays, so this will make the situation even worse.

“I’m steaming mad that the Tories and their independent supporters put people’s lives on hold and want to deny children an early education just to make some cheap headlines, it’s unbelievable they could be so callous and thoughtless.”