POLICE raided over fifteen pubs across the Thurrock area to crack down on drugs use in licensed premises.

With the consent and cooperation of the licensees, around 50 officers, including two officers from Kent with passive drugs dogs, entered the licensed premises, secured the exits, entrances and toilets whilst the drugs dogs searched for drugs. Using an Ion Track machine, officers also swabbed areas such as toilets to test if drugs had been used on the surfaces.

Essex Police and Thurrock Council Licensing officers also attended and spoke to the licensees about any licensing issues, and to offer them support and advice on how to minimise drugs use in their establishments.

The drugs dogs picked up 15 positive indications, and these people were then taken outside to be searched for drugs by police officers. Four people were also arrested as part of the operation.

Traces of drugs were found in a number of pubs, and the licensees have been notified and will be given advice on measures that can be implemented to stop any problems.

Insp Richard Baxter, in charge of the South Ockendon neighbourhood policing team, said: “We mounted this operation with the support of the licensees to let people know that drugs use in pubs will not be tolerated.

“No licensee wants people using drugs on their premises, as drugs use brings with it a whole host of issues for them. I hope this operation sends out a stern message to those wishing to break the law on a night out that if you are caught, we will deal with you robustly.”

A spokesperson for Thurrock Council added: “Working with Essex Police, the council’s licensing team were able to carry out a number of compliance checks in premises across the borough, including identifying a number of underage drinkers on one of the premises. This operation was just one of a number of joint initiatives to promote a safer night time experience and to ensure compliance with licensing laws.”

A 26-year-old woman was arrested for being drunk in charge of a motor vehicle. She has been charged with that offence and was remanded in custody prior to her court appearance at Basildon Magistrates Court this morning, March 21.

A 14-year-old boy was also arrested on suspicion of driving otherwise than in accordance with a license and driving without insurance. He was charged and was released on bail prior to his court appearance at Basildon Magistrates Court on Thursday, March 31.

The same operation was conducted in Tilbury on Friday, March 5. Nearly 70 officers, working with passive drugs dogs from Hertfordshire Police, visited five pubs across Tilbury, Stanford-le-Hope and Corringham. A 27-year-old man was arrested and charged with possession of cocaine and appeared at Basildon Magistrates Court on Thursday, March 17. 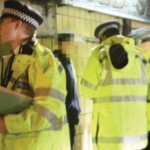 The pubs visited in the South Ockendon, Aveley and Purfleet area were Old Shant, Fox and Goose, Park Tavern, The Top House, Crown and Anchor, The Ship, Woodlands Edge and New Venue.

In the Tilbury, Stanford-le-Hope and Corringham area, the Railway Tavern, The Old Court House, Inn on the Green, The Catcracker and The Bull were all visited.